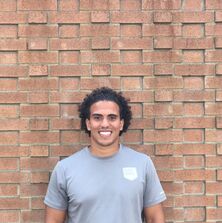 Growing up Jo played for several Detroit-area soccer clubs, while also traveling back and forth to Brazil. Jo was born in Brazil and spent his first few years there, before his family immigrated to Michigan in 1994. Jo's time in Brazil created his passion for soccer that he carries daily as Owner and President of Detroit Soccer District today.

Why did he decide to create Detroit Soccer District?

“I used to play everyday at "escolinha de futebol" (a soccer academy) in Brazil. There was just an outdoor field with a gate, the field was always filled with talented young players who loved the game. It was run by a professional Brazilian footballer that played at a club named "Botafogo" (Firestarters).  I wanted to mimic the energy and passion from where I grew up in Brazil and bring it to Detroit. Detroit has the same urban landscape where kids are looking for places to play the beautiful game(soccer). There is so much unseen talent in Detroit, and I want to create a community/movement that provides a place for our youth to connect with each other and grow in the game of soccer.”